History of our company

We are a team of highly experienced and dedicated people who enjoy what we do; applying our talents and expertise to deliver a reliable, value-based service to our customers. Signs Plus makes well-designed and engineered, high-quality signs and provides other valuable support services. Here is a brief history of where we came from and how we got to where we are today… 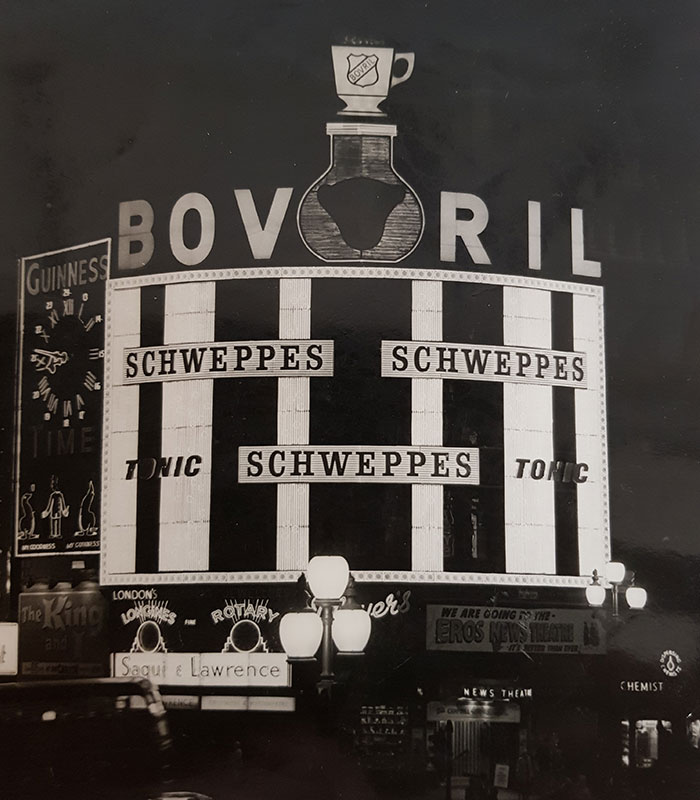 Mike Welch Snr starts in his first position within the sign industry as an engineers mate working for the Electric Sign Company (ESC).

ESC was a relatively small company for the type and scale of work its clients requested and in many ways this is what attracted Mike Snr. ESC client list reads as a ‘who’s who’ of large companies of the times. The sign industry at this time was mainly working for small and large retailers (Woolworths WHSmiths C&A etc) or well-known product names (Guinness, Bovril, Hovis, Mobil, Rover etc) to name a few. ESC had gained a reputation for being the company to work with if you had a large external display requirement. Mike found himself working on the world famous and one of the most pictured sites ‘Piccadilly Circus’ Guinness Clock (pictured) which also included the Bovril sign display. This site is better known for the Coca-Cola and Fosters Lager signs which occupy it today. It’s hard to imaging now but the signs at Piccadilly and other similar sites around the country was the medium by which big brands pushed their product to the public. Mike’s knowledge during his time at ESC was constantly increasing and he found himself working in various departments covering manufacture to draftmans and finally to senior estimater which involved him working directly with clients. Towards the end of the 60’s many large brands had decided to move their advertising to a new form of customer awareness, known today as ‘TV advertisements’.

Clients moving to TV had a major effect on ESC and the family owners decided to close the business. Mike viewed this as an opportunity to become a company owner and formed Night light Signs. He focussed on the same type of sign work as ESC had been doing before and also built their own connections with new clients like Panasonic, Technics and Sony. 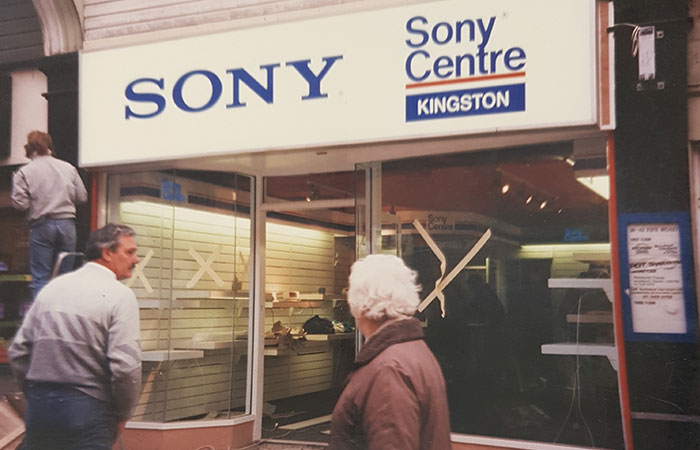 Night Light Signs becomes The Vinyl Sign Centre. TVSC was one of the first companies to embrace the new ‘vinyl lettering’ market. Being a new product Mike would always tell stories of peoples first thoughts of vinyl lettering being made of the same type and thickness as ‘vinyl flooring’ you would have on your kitchen floor. Trying to explain ‘vinyl lettering’ to new customers was not always easy but it was clear to Mike it was the right direction for the company and had huge potential. 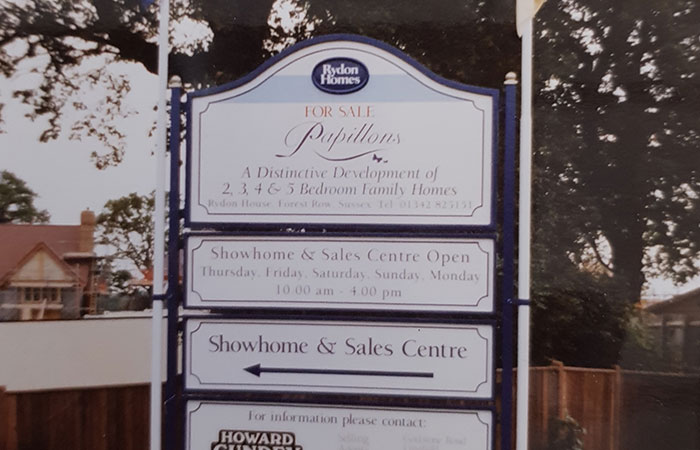 The Vinyl Sign Centre becomes Welch Signs. This is mainly due to the name being too general and Mike feeling it didn’t reflect the companies principles. During this time the company had started to build a reputation in the Building industry for producing good products with a no nonsense approach. This has been a big market to the company and it established itself as the go to company by many of the the major building companies. Some of these early clients are still working with us 30 years later.

Welch Signs joins forces with Lasertech and becomes Sign Plus Ltd. WS and LT had been working with each other for some years delivering projects for clients which including CNC cut lettering and signs. At this time the company added Vauxhall, Boots and William Hill to the list of signs it was producing not to mention the trade supply side of the business which was busy supplying signs to the likes of Pearce Signs (possibly the biggest bespoke sign company at the time), Stock Signs (biggest supplier of standard safety signs) to name a few.

During this period the company also invests in some of the first digital print machines to further increase It’s offering.

Mike Welch Snr passes away and the running of the company has transferred to Mike’s son – Mike Welch Jnr.

Signs Plus Ltd remains family owned to this day and remains loyal to Mike’s principles which have stood the test of time for 57 years in a ever changing commercial environment. 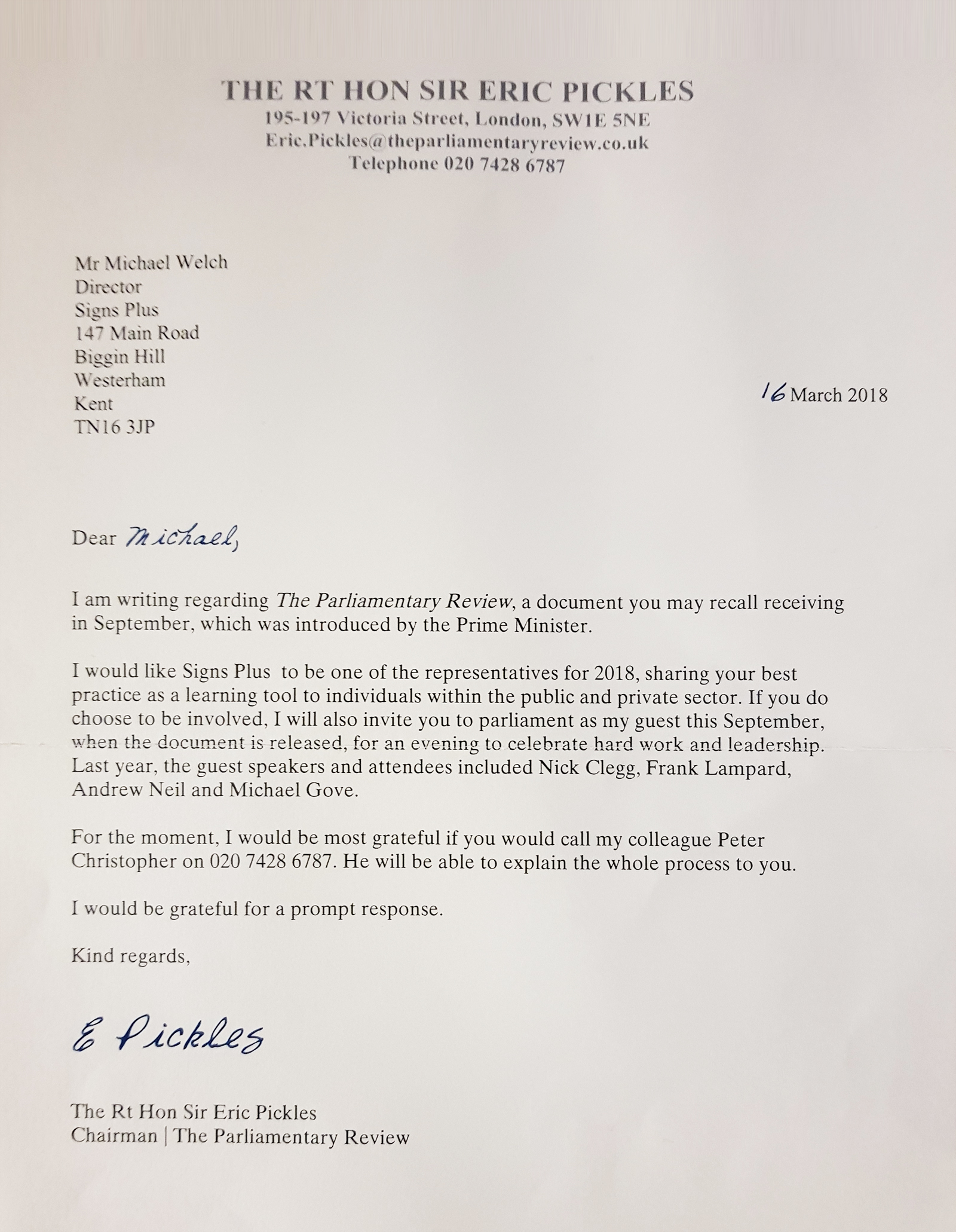 Signs Plus invited to work with the Government on The Parliamentary Review introduced by the Prime Minister to share our best practice as a learning tool to individuals within the public and private sector.

Our prime goal is customer satisfaction,

with the objective of developing long-term, satisfying and mutually beneficial working relationships. We believe our approach and attitude to quality and service makes the difference our customers appreciate.

A national service covering all market sectors and locations

Project management at all stages

in the implementation of a new signage programme or re-imaging project, including liaison and co-ordination with involved parties and contractors. We can also deal with the preparation and processing of applications for local authority advertisement consent.


A creative design service from concept to installation